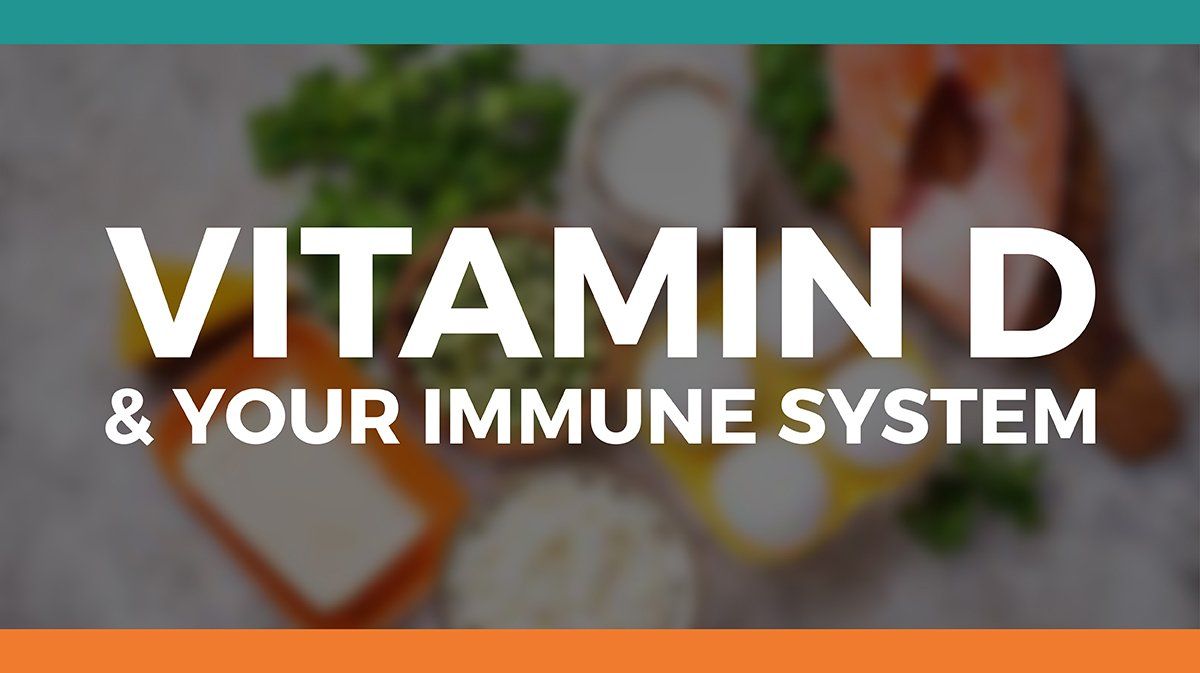 Vitamin D and Your Immune System

There truly aren’t many micronutrients that can pack as much of a punch as Vitamin D can.

We typically think of D as the relatively uninteresting vitamin (it is actually of a hormone than a vitamin) responsible for monitoring the balance of calcium in the body and promoting bone health.

Unfortunately, an estimated 70% of adults don’t have adequate levels of Vitamin D on board for normal physiological functioning to occur. This fact should be alarming considering D is responsible for regulating the expression of over 1,000 different genes within our DNA, maintaining cognitive function, repairing damage to DNA, modulating the immune system, producing serotonin as well as other hormones and neurotransmitters, and on top of all that, it has countless other jobs around the body.

What we wanted to investigate with this article is the deep connection between Vitamin D and the ability of our immune system to function swiftly, intelligently, and effectively.

Your immune system is a dynamic and elegant defense against foreign invaders and other potential sources of disease and dysfunction, while simultaneously maintaining a tolerance to your own cells, tissues, and organs – no small task by any means! It relies upon you to support it by maintaining certain lifestyle habits and practices, ensuring you have proper nutritional intake, and much more. Whether you are aware of it or not, the function of your immune system is highly dependent upon many of the things you do or don’t do.

Have you ever wondered why certain sources of illness and disease seem to spread effortlessly during the dark, gloomy winter months? Is there perhaps a connection between the lack of sun exposure (or more specifically, the Vitamin D synthesis that comes along with it) and increased rates of illness and infection?

Well it turns out there is no shortage of research looking at just that.

Scientists have identified some fundamental mechanisms that explain why having low levels of Vitamin D can profoundly influence the state of your immune system at nearly every level. By piecing together this mechanistic data with observational research studies, which were designed to identify possible correlations between low levels of Vitamin D and various states of immune dysfunction, we are able to highlight just how important this vitamin/hormone likely is for individuals looking to stay happy and healthy year-round.

What Does the Research Say?

Having enough Vitamin D in your system has a lot to do with your overall health and longevity.

This is of particular importance during the times of the year that the flu and other communicable diseases are running rampant – ensuring your levels are adequate will benefit you all the way down to the cellular level.

According to a review published in the Journal of Investigative Medicine, there are receptors for Vitamin D all throughout the body, including the immune cells known as B cells, T cells, and antigen presenting cells (APCs). Not only are these cells responsive to your levels of Vitamin D, each of these immune system champions are also able to convert it from it’s relatively inactive form to the more highly active version. You likely already know that Vitamin D essentially acts as a hormone throughout the body, but it has an even more interesting role as a communicator for the immune system. D is able to act as a localized hormone and has a direct ability to modulate both the innate (built in/non-specific) and adaptive (specific/targeted) immune responses. Interestingly, Vitamin D has been utilized (albeit unknowingly) to treat infections since long before antibiotics were developed, as sun exposure was a common remedy for ailments such as tuberculosis – clearly they were on to something.

How Is Vitamin D Able To Impact Your Immune System?

Mechanistically, there is no doubt that not having enough Vitamin D can negatively impact your body’s ability to appropriately ward off invaders and keep you healthy, no matter the season.

With observational research however, it can be far more difficult to determine whether factors are causative or just simply correlative. Thankfully, there is no shortage of solid studies investigating the association between low levels of D and an increased risk of infection. In fact, in a review published in the journal Epidemiology & Infection, it was determined that individuals with low levels of D were significantly more likely to develop influenza and viral respiratory infections. It was also stated that levels of Vitamin D are associated with many of the diseases of civilization – not necessarily as a cause but more often as a result of the disease process. Nevertheless, some research suggests strong correlations between low levels of Vitamin D and an increased risk of poorer outcomes from all kinds of disease and dysfunction.

Researchers highlighted in the journal Critical Care took a close look at 14 observational studies exploring the roles that Vitamin D plays in impacting the risk of infection, sepsis, and even death. They reported that in critically ill patients, those with low levels of D were about 50% more likely to develop an infection and sepsis, and 40% more likely to have died from all causes during the course of the 30 day study. Based on those terrible numbers it should be no surprise that the authors concluded that having low Vitamin D levels is a risk factor for these highly undesirable outcomes.

Get Your Vitamin D Levels Tested!

Everyone is unique, biochemically speaking. Each of us will require different blood levels of Vitamin D for optimal health – but the “sweet spot” seems to be between 40-60 nm/mL. Landing somewhere in this range will help to ensure that you will avoid the maladies that can await you at much higher or lower points on the spectrum. Although sunlight is our original source of this awesome micronutrient/hormone, some people are far less effective at the process of converting the UVB into, eventually, Vitamin D. As we age, our ability to produce D on our own becomes increasingly diminished and other factors such as obesity, having darker skin pigmentation, and living in more northern latitudes also make supplementation more of a requirement than just a suggestion for good health. Some individuals opt to purchase vitamin D injections to rapidly improve their levels. The connection between Vitamin D levels and the immune system, disease, and overall health continues to illuminate just how important it is to monitor your levels. There are so many considerations that come into play when developing a healthy, smart, and resilient immune system – many of which are entirely out of your control – luckily, your Vitamin D levels isn’t one of them.