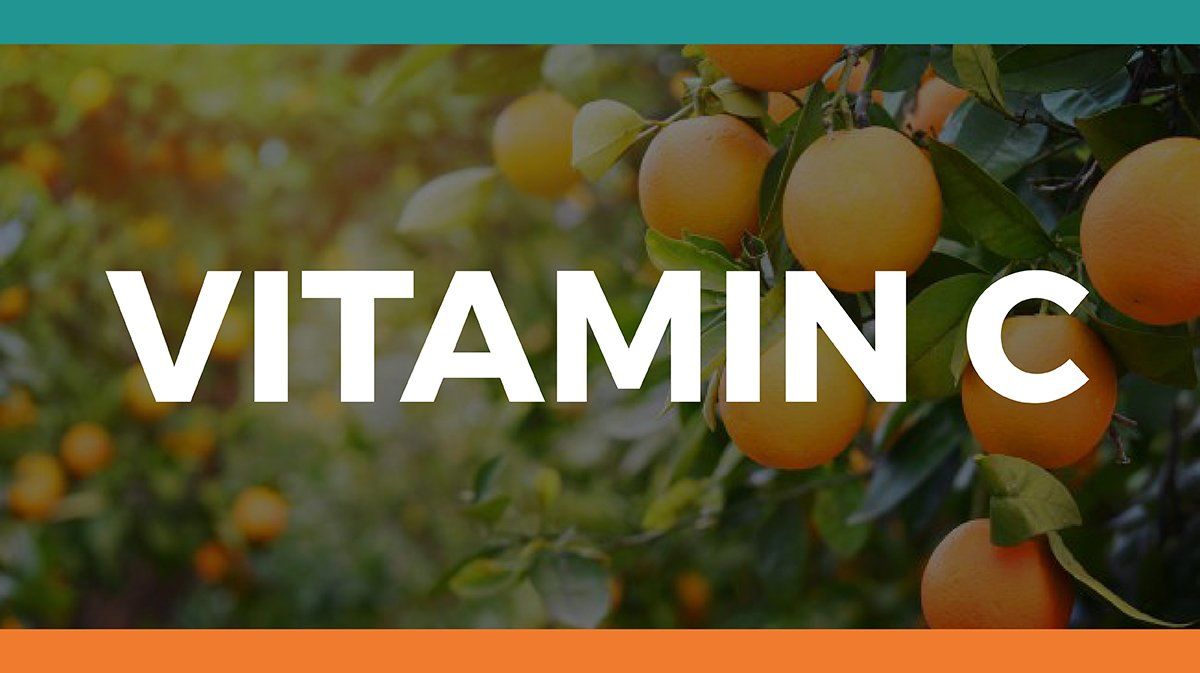 Most people are aware that getting enough Vitamin C is important for their health, even if they can’t tell you exactly why.

You may already take a handful of Vitamin C when you are sick to hopefully aid the recovery process, but why exactly does it help?

Are there more potential benefits to supplementing with this water-soluble vitamin that also works as a potent antioxidant (and sometimes a beneficial pro-oxidant), helps to modulate stress, regulate hormones, and synthesize collagen, among many other roles?

You’ve no doubt heard many wive’s tales that report different benefits of using Vitamin C. Some people swear by superloading protocols that have you load up on grams of C at a time – others think that approach might be worse for you than not taking any at all. But in general there seems to be a lot of misinformation about the mysterious vitamin technically called ascorbic acid or ascorbate. Look no further for a simple description of this life-giving vitamin which many people are aware of but pay little attention to. We are going to touch on some of the roles that Vitamin C plays within each of us, signs of a C deficiency, different means of bringing your levels up and the possible benefits of super-loading (introducing large amounts that temporarily bring your blood levels astronomically high), any possible side effects, and everything in between.

All of the micronutrients that our body requires to function optimally are important, but few have the ability to impact as many systems throughout the body as Vitamin C can.

What Does Vitamin C Do?

Vitamin C is required for so many things to go perfectly right in our body, that it’s a shame most people only get enough of it when they are sick. Loading up with C when you are sick has absolutely been shown to cut your recovery time down significantly, but that is far from the most  important function we can thank it for.

Vitamin C is required for collagen synthesis, L-carnitine production, and the assembly of some neurotransmitters. Vitamin C also is involved in the activation of certain hormones, immune system function, reducing inflammation, it benefits blood flow, modulates the stress response, and so much more. Like many antioxidants, Vitamin C has the ability to positively impact systems throughout the body – mostly due to its capacity to neutralize free radicals and other potentially harmful compounds.

There is also quite a bit of truth behind Vitamin C’s ability to reduce your likelihood of getting a cold or shorten your time to recover if you are already sick. In a study done on athletes, it was found that those who supplemented with Vitamin C were 50% less likely to contract a cold – likely because athlete’s baseline levels of inflammation are often higher than the average population. But the benefits of supplementing with Vitamin C didn’t just apply to athletes. Subjects from the general population who were already sick with a cold were able to reduce the duration of illness by 8-14%.

Vitamin C aids the immune system on many levels, partially because it accumulates in various kinds of immune cells, increasing their capacity to function. It also can act as a pro-oxidant – usually something you want to avoid but in this context it aids in the extermination of some nasty invaders. Some of this effect may also be due to the fact that being in any state of heightened stress (emotional, physical, mental, or otherwise) results in an increase in the rate at which Vitamin C is consumed within the body, subsequently increasing the amount you need to consume from the diet. Most animals are able to produce Vitamin C in either their liver or kidneys using glucose, as part of their response to stressful situations. Unfortunately, as humans we lack the enzyme required to synthesize Vitamin C as needed and must get it from our diet, although we are able to store a decent amount of it. There is a pretty famous example of what happens if you chronically don’t get enough Vitamin C in your diet involving limes, sailors, and scurvy.

Sailors from the era of 1500-1800 accidentally served as test subjects in what essentially became a study of Vitamin C deficiency in humans. Spending endless months at sea with no means of storing fresh fruits and vegetables set in place the perfect conditions for developing a Vitamin C deficiency and eventually scurvy. This particular micronutrient deficiency resulted in the fully-preventable deaths of an estimated 2 million sailors over this 300 year span. Scurvy was said to have killed more sailors than storms, shipwrecks, combat, and all other diseases combined – that is until a surgeon named James Lind discovered the terrible disease could be cured and prevented with citrus fruit. But not all of us who forget to eat our fruits and veggies will develop full-blown scurvy. In fact, it is an incredibly rare condition to experience in developed countries. What is more likely however, is having levels of Vitamin C that are lower than what is optimal for health and longevity – especially when you consider there are various risk factors that may expedite the consumption of Vitamin C.

Some common signs you may be developing a Vitamin C deficiency include dry and damaged skin, slow-healing wounds, painful and swollen joints, fatigue or poor mood, unexplained weight gain, and chronic inflammation or oxidative stress. What can be confusing though, is that some of these signs may actually be the cause of Vitamin C deficiency. For example, as we mentioned already, having chronically elevated levels of inflammation and oxidative stress burns up your Vitamin C stores, requiring that you consume more than a healthy individual would normally need. Living with chronically elevated levels of inflammation is unfortunately very common and can be a result of any combination of the various stressors that we experience on a daily basis. Chronic disease in general results in a drain on Vitamin C levels but there is no better example of this than cancer patients who experience extremely high levels of inflammation and oxidative stress as a result of treatment.

Vitamin C supplementation has been studied extensively in cancer patients, as they are especially prone to the deleterious effects of inflammation and oxidative – two troublemakers which C is pretty good at managing. Vitamin C has been shown to suppress many of the major players in the inflammatory process, and reductions in inflammation and oxidative stress have been consistently observed after administration of both oral and intravenous C. Although excess Vitamin C is readily excreted in urine, superloading with C has shown to effectively raise blood levels far above normal physiological levels.

When high doses of Vitamin C are given orally, they have the ability to raise blood levels by up to 5x normal levels, how much exactly depends on many individual factors. When administered through an IV however, Vitamin C levels in the blood may be raised by 100x above baseline. No matter which route you choose, Vitamin C will be largely cleared from your system in 30-120 minutes. During this time C is working away at neutralizing free radicals, aiding in immune system function, and facilitating all of the biochemical processes that rely upon this vital nutrient to take place.

How To Get More Vitamin C

You don’t need to take high doses orally or intravenously to reap the benefits of Vitamin C – those sailors’ lives were saved with limes! In fact, we always recommend you get as much of your micronutrition as possible from whole foods like fruits and vegetables. Excellent dietary sources of Vitamin C include strawberries, limes, oranges, broccoli, kiwis, red peppers, and various other things that grow from plants. What these foods can’t do however is raise blood levels of Vitamin C enough to fight the chronic inflammation and oxidative stress that runs rampant in many adults today. This task requires an antioxidant hail-mary, which is best executed with high-dose oral or, more effectively via intravenous administration. If you are concerned about any potentially harmful effects of raising blood levels to such a degree, consider the fact that in a survey including 9328 patients given high-dose intravenous Vitamin C, adverse events were only reported in 1.0% of administrations.

Although a 1.0% adverse event occurrence is extremely low, it is important to speak with a medical professional to determine if high-dose Vitamin C is safe for you to use, as there are various contraindications to consider. At Ikon Health, we offer IV administration of Vitamin C and we are able to walk you through the process of speaking to a licensed medical professional to ensure that you will experience a positive response from this amazing tool. Vitamin C has the ability to provide so many more benefits than simply fighting a cold, so come in today to begin taking advantage of them!