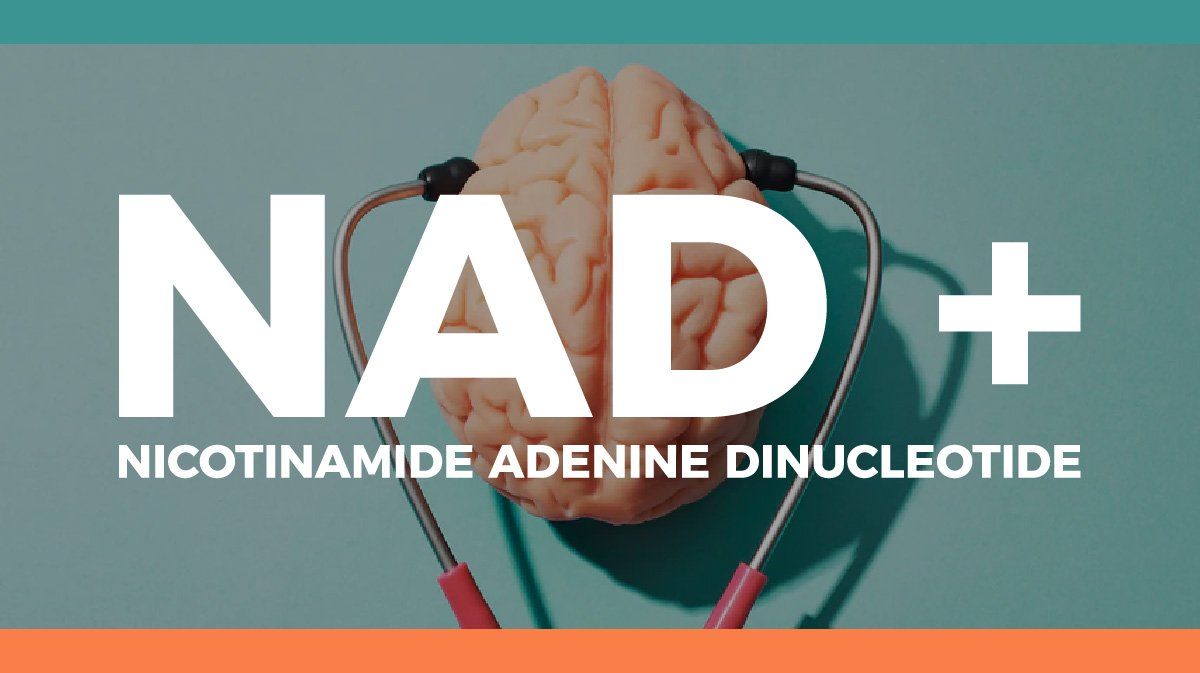 Every so often a mysterious new molecule grabs the public’s attention – making the rounds of news, magazines, and social media before quickly disappearing into irrelevance soon after emerging.

This disappearing act is often a result of the use of largely unsubstantiated claims about how the newly discovered compound will help you live longer, train harder, regrow your hair, improve your sex life, or all the above.

Unfortunately, because of the regularity with which these unproven, or just plain untrue, claims appear on their newsfeeds, most people have rightfully become cynical. As a result of this cynicism, actually effective compounds like NAD+ are often scoffed at as just the latest trendy topic that will be replaced next week with something new. Wait a minute though, NAD+ is one compound that won’t soon be replaced, and it is only beginning to gain traction in the anti-aging and generally health-minded community. The fact is, NAD is functionally irreplaceable because it is absolutely critical for life to exist.

Why is NAD+ So Important?

NAD’s importance for the existence of life is due to these facts:

But with everything in health and wellness, it is important to look at all of the facts and determine whether utilizing NAD+ is both practical and applicable for you as an individual. All the lab tests and research in the world mean nothing if you aren’t able to apply the information and tools they provide into your daily life. That is what we are going to do today – help you determine whether increasing your NAD+ levels is practical and applicable to you.

To do this, we will cover:

NAD+ is such an amazingly complex molecule that is involved in a seemingly never-ending list of processes throughout the body – so any attempt to fully examine it will almost certainly be in vain.

You may have already heard something about NAD+ on the news, social media, or even from some friends in the know. Common descriptions of NAD+ don’t even begin to do this amazing compound justice, though. NAD+ is found in every single living cell on earth, working as a cofactor (a molecule that assists enzymes in chemical reactions), and playing an essential role in multiple physiological processes such as DNA repair, energy metabolism, immune activation, and the list goes on. NAD+ is also essential for the activity of sirtuins, a class of enzymes involved in longevity (resveratrol, one of those molecules that periodically makes the rounds in popular media is another potent activator of sirtuins).

But that’s not all, NAD+ is also vital for the activity of the PARP family of DNA-repair enzymes. NAD+ ‘s central role in the process of turning the macronutrients we eat into energy your cells can actually use (known as ATP) is likely why the depletion of NAD+ that happens with age has been associated with the onset and progression of multiple age-related conditions – from metabolic dysfunction to neurodegenerative disease.

Our body’s require such high quantities of both NAD+ and it’s reduced form NADH, that we have the ability to create both from multiple sources. NAD+ levels can be raised or supported by many foods, and can be directly synthesized in our body from the amino acid tryptophan. Supplementation with nicotinamide mononucleotide (NMN), nicotinic acid (NA), and nicotinamide riboside (NR), all known collectively as niacin equivalents, has been shown to raise NAD+ levels in certain tissues and organs as well.

Diet and supplementation are not the primary source of NAD+ however, not even close, in fact. Our largest source of this amazing molecule is an internal mechanism known as the NAD+ salvage pathway. When our cells use NAD+, a molecule called nicotinamide is left as a byproduct. Nicotinamide is then converted into NMN, and eventually back into NAD+. Unfortunately, this process of recycling NAD+ is shut off when sufficient amounts of NAD+ are created – presenting a potentially harmful obstacle which we will discuss later on. So now that you have a somewhat better idea of just how important NAD+ is in the body, let’s go over a few highly effective strategies to increase your levels.

How Do I Increase NAD+?

Luckily, there are quite a few ways to increase your NAD+ levels – many of which won’t cost you a dime.

Certain lifestyle practices that are commonly accepted as life-extending, such as intermittent fasting, caloric restriction, and exercise all increase NAD+ levels substantially. Exercise and caloric restriction of any kind are able to raise NAD+ levels because of an energy sensing mechanism within our cells. When our cells use energy, levels of NAD+ within the cell rises. This then activates enzymes like sirtuins which are linked to improved cognitive function, increased mitochondrial biogenesis, improved hormonal function, and reduced inflammation.

The ability of sirtuins to reduce inflammation is especially important due to the fact that chronically elevated levels of inflammation may actually deplete NAD+, creating a downward spiral of cellular damage and degradation. Both the loss of NAD+ that comes with age and reduced sirtuin activity has been observed as a fundamental occurrence in the aging process.

Another effective means of increasing your NAD levels is through supplementation. There are a few important caveats to add when deciding on a supplementation plan for NAD+ however – the first of which is the source.

The group of supplements known as “NAD boosters”, or “niacin equivalents,” have all been shown to effectively raise NAD levels throughout the body to varying degrees in different tissues. Unfortunately, NAD+ itself has poor bioavailability and is quickly broken down into its precursor nicotinamide. This is an important fact to consider because high levels of nicotinamide have actually been shown to inhibit sirtuin activation, potentially eliminating some of the sought-out beneficial effects of increased NAD+ levels. This is just one aspect of an elaborate and confusing relationship between our cells and NAD+ supplementation.

Currently, your best bet is to engage in lifestyle practices that will naturally increase levels of NAD+. Further research is needed to determine whether NAD+ administered through an IV is an effective and reliable means of increasing levels systemically, although more and more research is beginning to suggest that it is likely. Oral supplementation of nicotinamide riboside (NR) has also shown promise at raising NAD+ levels in plasma. Only time and experimentation will tell if supplementation will provide an effective means to raise NAD+ levels throughout the body – for now though, try to incorporate exercise and strategic caloric restriction whenever it is appropriate and safe for you to do so.

There have recently been some concerns that increasing NAD+ levels may contribute to cancer growth. While this will take far more research to confirm or debunk, this particular finding was found only with a very specific and relatively rare form of cancer. It otherwise is widely believed that increasing NAD+ via supplementation or other strategies is incredibly beneficial and may improve healthspan. Due to its ubiquity in all living cells, it is unlikely that NAD+ has any potentially harmful effects whatsoever. Until more research is done to elucidate this concern however, and to determine how to best supplement with NAD+, look to practices like intermittent fasting, exercise, and generally restricting calories which are all proven to be effective options. NAD+ is far from another trendy health hashtag, but we are nowhere near fully understanding its potential for improving health and longevity.