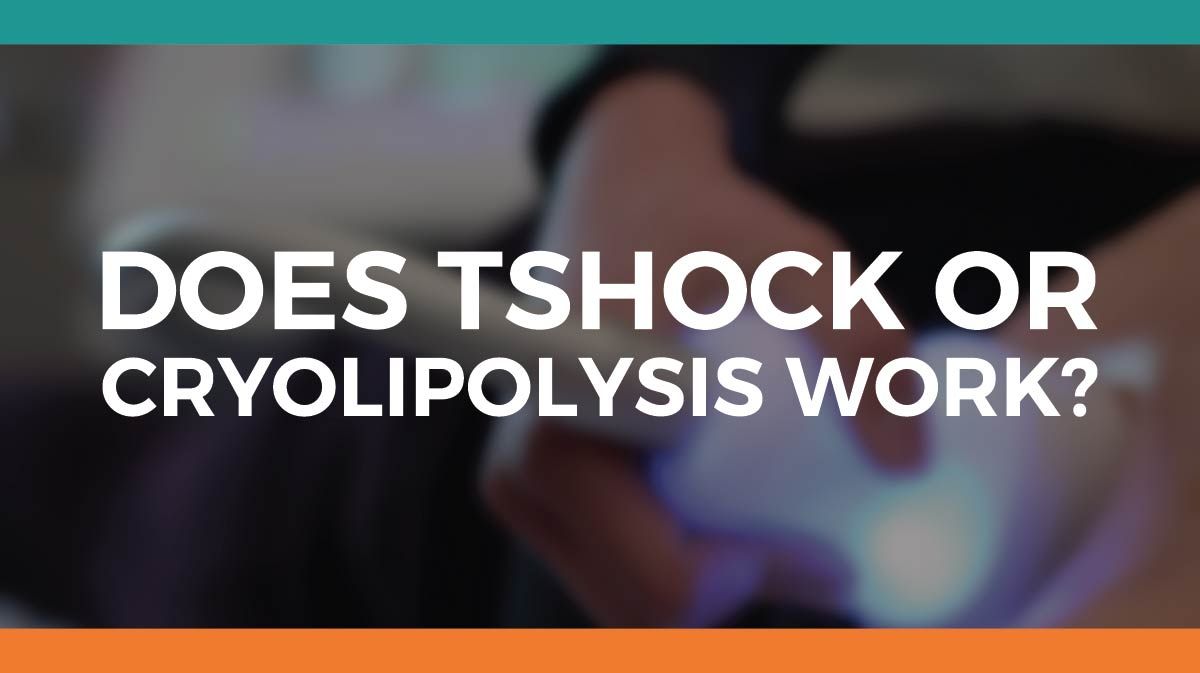 Cryo T-Shock / Cryolipolysis – Does it Work?

What is Cryolipolysis T-Shock?

Cryo T-Shock is a non-invasive cryolipolysis procedure the reports to utilize alternating heat and extreme cold exposure to reduce targeted fat deposits and improve cellulite by killing fat cells. Recent research calls this alleged mechanism into question however, as the expected rise of inflammatory molecules in the blood was not observed.

From start to finish the Cryo T-Shock procedure takes roughly 30 minutes and it is reported to be relatively painless, with some individuals actually claiming it to be rather soothing.

As you might expect, in order to see changes in body composition, consistent and frequent procedures are required – some studies performed cryolipolyis as frequently as 3 days in a row in order to see “signficant weight loss” of around 1 pound. It is important to note that one of the lead researchers on this study showing favorable effects from cryolipolysis is also the medical director of a facility that provides the procedure.

Due to cryolipolysis being a relatively new procedure, an optimal approach has not yet been determined. Research has suggested cryolipolysis to be a seemingly effective means of modestly reducing specfic fat cells in a highly-localized manner.

Another important note to be aware of is that these procedures are recommended as a supplementary tool to an effective nutrition and exercise strategy. Therefore, it is likely impossible to parse out which fat loss effects are owed to cryolipolysis procedures and which are owed to the fundamentally proven and effective fat loss strategy of eating responsibly and staying active.

What are the Side Effects of Cryo T-Shock?

Cryolipolysis has been shown to be a relatively side effect free treatment for modestly reducing body fat in highly-specific regions of the body. Side effects that have been reported include increased urination, local erythema, swelling, pain, and, more rarely, paradoxical adipose hyperplasia or the growth of new fat cells – a phenomenom typically only observed in extreme dieting scenarios.

Individuals experiencing kidney disease, those on dialysis, are pregnant, have severe diabetes, are currently undergoing chemotherapy, and several other populations are not recommended to undergo a cryolipolyis procedure.

Reviews of Cryo T-Shock procedures are generally positive, although acute patient satisfaction surveys following cryoliploysis research are notably unreliable in this case due to a lack of standardization.

Where Can I Get Cryo T-Shock?

Cryo T-shock or cryolipolysis is often available at “wellness” clinics or facilities specializing in fat loss.

Are there any studies supporting Cryolipolysis T-Shock?

There are many invididual studies and multiple systematic reviews suggesting that some protocols utilizing cryoliploysis are effective at reducing body fat and cellulite. There is an incongruence however, with the methods used in research and the actual practical application of these tools.

Considering the fact that actual mechanism for creating fat loss with cryolipolysis has yet to be fully determined, and an optimal protocol not yet agreed upon, it is likely a good idea to approach fat loss and body composition changes with a more fundamental strategy including conscious dietary restraint of some kind coupled with a sound exercise regimen.