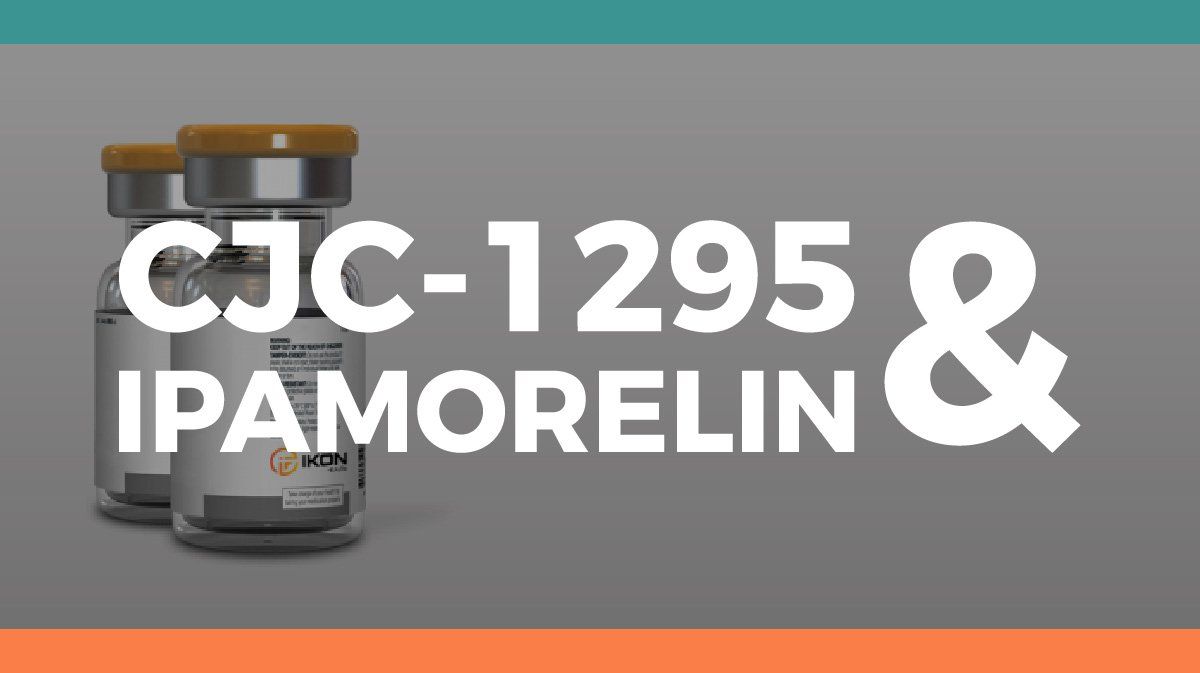 CJC-1295 is an incredibly safe and effective compound that is able to stimulate the production and release of growth hormone from your pituitary gland.

If you are searching the internet in order to find a way to naturally increase your levels of growth hormone, CJC is probably just what you are seeking to improve your overall quality of life.

WHY WE NEED TO INCREASE GROWTH HORMONE

After we reach the age of 30, our growth hormone levels drop by as much as 15% on average, for every further decade of life. CJC-1295 is able to provide an increase in growth hormone levels naturally by binding to receptors designed for growth hormone releasing hormone (GHRH) on your pituitary gland. This helps turn on a switch in your growth hormone factory that otherwise loses its ability to function optimally as we age. In a study conducted with healthy men and women between the ages of 21 and 61, CJC-1295 was able to increase serum growth hormone levels by 200-1000%. In these subjects, improved growth hormone production and release continued for up to 6 days. This extended capacity for improving hormonal function is due to CJC-1295 having a half life of about 6-8 days – an impressively long duration when compared to other peptides that also act on the GHRH receptors. Interestingly, it’s potency as a growth secretagogue is just one reason that CJC-1295 has become such an effective tool for safely increasing growth hormone levels.

Thanks to the fact that CJC-1295 stimulates your own body to produce and release growth hormone in a biologically harmonious way, it is possible to achieve increased growth hormone levels without having to resort to traditional hGH treatment. Introducing GH directly through injections is notoriously rife with major side effects. In contrast, the side effects of CJC-1295 are generally mild and transient, with the most common being irritation at the injection site, headache, flushing, and dizziness. Understanding the benefits and side effects of CJC-1295 will help you make an informed decision about whether starting treatment is right for you.

Though at first glance it may seem similar to CJC-1295, Ipamorelin is a completely different kind of growth hormone secretagogue.

Yes, it accomplishes the same task as CJC-1295, but it does so in an entirely unique and complementary way.

While CJC-1295 binds to GHRH receptors, Ipamorelin stimulates the production and release of growth hormone by binding to receptors for the lesser-known hormone named ghrelin on your pituitary gland. Ghrelin is one of three hormones that act to regulate the release of growth hormone (the other two being somatostatin which stops release, and GHRH which CJC mimics). Because they turn on completely different hormonal switches, CJC-1295 and Ipamorelin are often stacked together to create an even more profound effect than either would in isolation.

Before you buy Ipamorelin online, consider the pros and cons of using this incredibly effective peptide for increasing growth hormone. Side effects of Ipamorelin are relatively mild and include headache, flushing, dizziness, and more – similar to CJC-1295, Ipamorelin is widely regarded as safe and highly effective.

CJC-1295 and Ipamorelin work together well for many reasons. One you should already know; they activate separate switches (receptors) on the pituitary gland – resulting in the increased production and release of growth hormone in a natural and biologically regulated way.

Well, that’s one reason they are so effective at elevating growth hormone levels – the other is that CJC-1295 takes 1-4 hours to reach peak serum levels, while Ipamorelin works much more rapidly, and is essentially cleared from your system quickly as it’s half life is about 2 hours.

Ipamorelin gets to work quickly and begins stimulating growth hormone release before being broken down in your body, right about when CJC-1925 is beginning to take effect, a one-two punch for increasing growth hormone levels.

Unlike some other treatments that are used to increase growth hormone levels, these two peptides are incredibly specific (this specificity is exactly why peptides are gaining traction in precision medicine). Neither Ipamorelin nor CJC-1295 have an effect on other hormones, particularly cortisol which is commonly elevated as a result of many anti-aging or hormonal replacement treatments.

WHAT CAN YOU EXPECT?

When you use CJC-1295 and Ipamorelin, your growth hormone levels will rise, resulting in the potential for a myriad of health benefits.You should expect an increase in muscle mass, lower body fat levels, increased appetite, and better sleep – the importance of all these factors for long-term health cannot be overemphasized.

Recent research has found that increased levels of lean body mass (primarily muscle, but also bones, and organs to a lesser extent) plays a causal role in promoting health and longevity – especially in the latter half of life

Overall, the combination of CJC-1295 and Ipamorelin is an effective way to increase vitality and quality of life for those of us who are experiencing the unwanted effects of aging and decreased growth hormone levels. Because there is the potential for some very mild side effects, Ikon Health will put you in touch with our medical professionals to help you determine if treatment is right for you. Peptides like CJC-1295 and Ipamorelin are by no means the only route to health and fitness, and a sound training, nutrition, and recovery plan are all invaluable in the process. Ikon Health can help you determine exactly how tools like peptides, IV therapy, injections, sauna, and more can be used to optimize your uniquely individual transformation process.