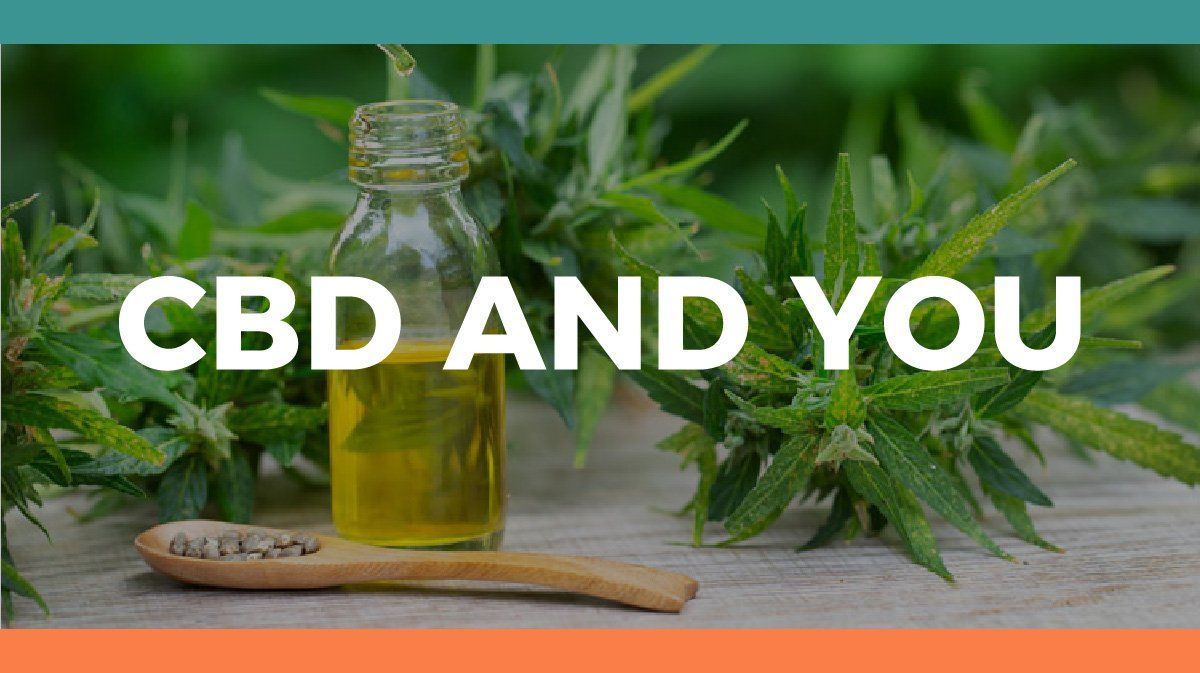 Beneath all of the mainstream media buzz and marketing gimmicks lies a truth about the fascinating compound known as cannabidiol or, more commonly CBD.

You may know it as the alleged miracle that is reported to relieve chronic pain, reduce anxiety, eliminate inflammation, and everything in between – but does it actually work?

Well, like many things in the space of human health and wellness the answer is…it depends. To fully understand how CBD works (or doesn’t work) it is important to grasp how the newly-discovered endocannabinoid system impacts human physiology on a fundamental level, and how each of the 100+ cannabinoids are able to uniquely affect us. We hope to arm you with enough information for you to see through all the false advertising and downright unsubstantiated claims that surround CBD and elucidate just exactly what benefits it has been proven to provide, how to make sure you are getting a product containing dosages that are actually effective, and the importance of choosing specific forms of CBD products. There is an overabundance of misinformation circulating which can unfortunately devalue the real beneficial effects some people may receive from CBD – so we are here to start helping set the record straight on cannabidiol.

It is important to note right off the bat that CBD is not just another flashy nutritional supplement – though you wouldn’t know that by it’s increasing presence in everything from potato chips to lattes.

There are receptors for cannabinoids (named CB1/CB2) on every cell, allowing this cannabinoid, and over a hundred more to have beneficial effects across the body. CBD research has existed ever since it was discovered in 1940 but, unfortunately, due to the widespread criminalization of the cannabis/hemp plant, CBD research was effectively halted for many years. With the rise of the internet however, anecdotal reports of successfully utilizing CBD for treating rare forms of epilepsy grasped the public’s attention. Followed shortly thereafter by the decriminalization/legalization of cannabis in many states, CBD was thrust into the spotlight and has since been thoroughly taken advantage of. Businesses adding CBD into all kinds of snack foods, personal hygiene products, and the like are nothing more than marketing ploys meant to capitalize on the popularity of cannabinoids and their novelty for the average person. There are many pitfalls to adding CBD to everyday products which we will discuss later, but surely you’d like to know by now just what benefits CBD has been proven to provide.

How To Use Cannabinoids

As we mentioned already there are over 100 cannabinoids that have been discovered thus far. Each provides somewhat unique benefits but it is likely important that we utilize them all in conjunction with one another.

Isolating a specific cannabinoid from the whole spectrum of beneficial compounds available from the cannabis plant is akin to missing the forest for the trees. A perfect example – CBGA is a non-psychoactive cannabinoid that may help to treat certain kinds of cancer and schizophrenia, and it is heavily involved in chemical reactions for the creation of other cannabinoids. There is also CBDA, which directly inhibits inflammatory pathways in the body similar to anti-inflammatory drugs and the ultra-popular CBD actually works through many pathways, not just the endocannabinoid system.

How Does CBD Work?

CBD essentially works by aiding the body in maintaining homeostasis or balance.

You might be surprised to find that CBD modulates the transcription of over 1100 genes, some of which are responsible for making the signaling molecules required to reduce inflammation. In order to create this wave of homeostasis throughout the body, CBD increases anti-inflammatory biochemicals such as GABA, and reduces inflammatory biochemicals like glutamate. Anyone who has been paying attention to medical advancements is aware of the fact that inflammation is often at the root of many of the chronic diseases we experience humans. Because CBD is able to fundamentally reduce or eliminate inappropriate levels of inflammation, it has the potential to positively affect many disease states and dysfunction. Due in part to the recent change in the legislation regarding cannabis and hemp in general, CBD research is only beginning to be completed in humans. What research has been completed thus far has been somewhat contradictory. However due to the lack of adverse events reported from using actual CBD products (actual is the key word here), people are turning to cannabinoids in general for their alleged healing properties. CBD specifically has been reported to be extremely effective at treating rare forms of epilepsy, relieving pain, reducing anxiety and depression, helping with cancer treatment, reducing acne, and potentially protecting the heart and nervous system. All of these are quite plausible and may be proven in research before long. In fact, due to the mechanisms by which CBD and all cannabinoids work in the body, it is likely that there will be many, many more proven effects illuminated over the next few years. These are all real benefits that may be possible effects of utilizing cannabinoids, but what most people don’t realize is that you often are not getting any actual cannabinoids in CBD products.

Observing the ever-growing selection of CBD infused products is quite disheartening when you know the truth behind CBD research. For instance, more than one study has shown CBD to be effective at reducing anxiety when given in 300 mg doses – while 100,150,600 and 900 mg doses showed no significant anxiolytic effects¹,².

Considering that many of the CBD products on the market contain 5-10 mg of actual CBD, it is easy to see that your infused latte or cereal is an enormous waste of money.  Many of the seemingly legitimate CBD oil products from reputable companies are sold at upwards of $30-$50 for 100-500 mg of CBD per bottle. If you do the math, that adds up to about 1-2 effective servings per container. So unless you are ready and willing to be paying hundreds or even thousands of dollars per month to support your CBD use, it seems best to look elsewhere for the effects you are seeking. If you are still looking to try a CBD product, we highly recommend that you utilize a broad-spectrum hemp extracts. These specific products should contain the entire spectrum of cannabinoids available from the hemp plant – including CBGA, CBDA, and over 100 more. If the fact that CBD oil is currently prohibitively expensive for everyday use were the only issue regarding its practical use, an argument could still be made for companies putting out such products. However, the problems with the current state of the CBD industry only begin there.

What is Wrong With the CBD Industry?

One of the major reasons people look towards CBD as a new and exciting means of healing all types of aches, pains, and anxiety is the fact that it is non-psychoactive.

CBD’s big brother THC is highly effective at providing many of the same benefits of CBD but it comes with mind-altering properties. Unfortunately, a study examining many of the CBD products on the market found that most contained little or no CBD, and many contain significant amounts of THC³. Following the example provided by the sports supplement industry, companies are likely putting THC in CBD products in order for you to actually feel a tangible and immediate effect. Companies know that if you are able to feel an actual effect, you’re more likely to deem their product effective – whether or not it provided you with any of the benefits it was purported to have. This contamination with the beneficial, yet often unwanted THC can cause issues for people that must deal with any type of drug screening. Combine that with the prevalence of heavy metals and other toxic substances in many CBD products and you just may be convinced to wait a few years until the industry has aged and matured a bit.

Cannabidiol and other cannabinoids are undoubtedly effective tools for reducing inflammation and improving health overall.

More and more research is illuminating the benefits which were tragically hidden due to unfounded legislation blocking cannabis/hemp research. As we move forward in the age of information and individualized medicine, cannabis will likely play a central role in many people’s health and wellness protocols. Until we reach the point where we are able to reliably source CBD and other cannabinoid products, it is likely best that you seek out lifestyle practices and habits that will aid in providing many of the same benefits of CBD. For instance, practices like prioritizing sleep, proper nutrition, exercise, and tools like regular sauna use will undoubtedly provide you with more benefits than current CBD products can. Reducing inflammation and improving health will require more than just a daily dropper full of cannabinoids.

There are countless products offered at the consumer level, and a number of medical solutions as well, but there are only a number of standout items that are both safe and effective. Some of the most powerful anti-inflammatory items on the medical side, are CJC-1295, Ipamorelin, Sermorelin. These three secretagogue peptides help to increase HGH levels in the body, which has a cascading effect on overall health, with inflammation regulation being one of the key responses. If you would like to purchase Sermorelin injections, purchase cjc-1295, or buy ipamorelin, Ikon Health also offers these items through our telewellness program.

Keep an eye on CBD research however, because the benefits are real, they just aren’t realistic yet.